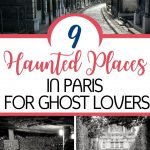 Paris is a beautiful city known for romance, art, and delicious food. These are the things that drive most people to visit France’s capital, but other tourists are interested in something more sinister. Since Paris’s history spans centuries, it’s filled with supposedly haunted places. In fact, some of the most popular landmarks in Paris are said to have ghosts inside of them!

If you know me personally, then you know that the very first thing that I do when creating a travel itinerary is I source out local ghost tours and places that are supposedly haunted. What I love most about these types of tours is that the tour guide is always far more interesting than your regular tour guide. And usually very animated and very good at story telling. If you are a history buff, this should be right up your alley too as you get an in-depth look at the seedier side of people and places long ago.

If you love a good ghost story like myself, consider visiting some of these haunted places in Paris. While no one can guarantee that you’ll interact with a ghost, you’ll likely be spooked out by each landmark’s history. Get ready to experience the dark side of Paris!

Spooky Paris Places You Should Visit

Beneath one of the most famous opera houses in the world is a ghost who kidnapped a young singer. This idea was popularized in Gaston Leroux’s The Phantom of the Opera, but it may be more than just a work of fiction. While it may be hard to believe, there actually is a lake beneath the Paris Opera House, which is where Leroux claimed the ghost made its home. When you consider the fact that Leroux based his story on a real person who locked himself in a chamber beneath the opera house, the famed performing arts venue becomes even creepier. 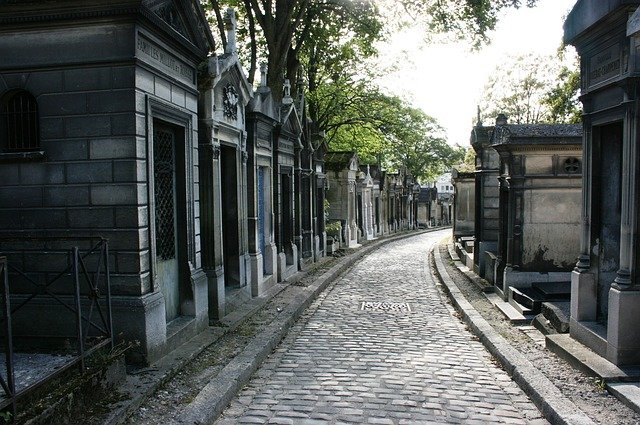 This cemetery’s permeant residents include Chopin, Jim Morrison, and Oscar Wilde. It’s no wonder that a such a well-known cemetery would also be one of the most haunted graveyards in Europe. The famous figures buried here have been said to pop out from their graves, and someone even captured an eerie photo near Jim Morrison’s tombstone! People also claim that a former Parisian Prime Minister haunts his own tomb, and author Marcel Proust searches for his lover’s grave (which he will never find – she’s not buried here). Since it’s free to visit the Père Lachaise Cemetery, a stroll around the graveyard should be high on your haunted trip itinerary. 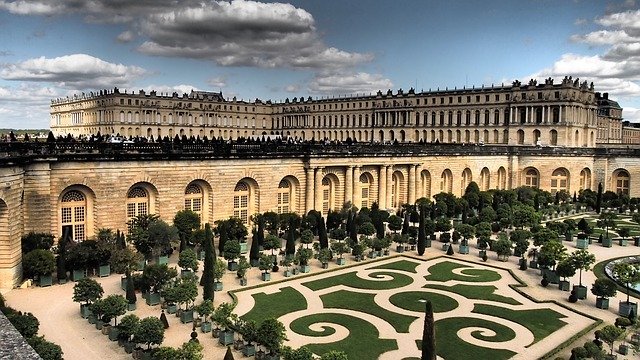 During the daytime, these beautiful gardens are filled with tourists from all over the world. At night, they’re said to be home to ghosts from the 18th century. It all started when two women discovered Mary Antoinette’s ghost in 1901. Since then, there have been reports of other unusual incidents in the Gardens of Versailles. 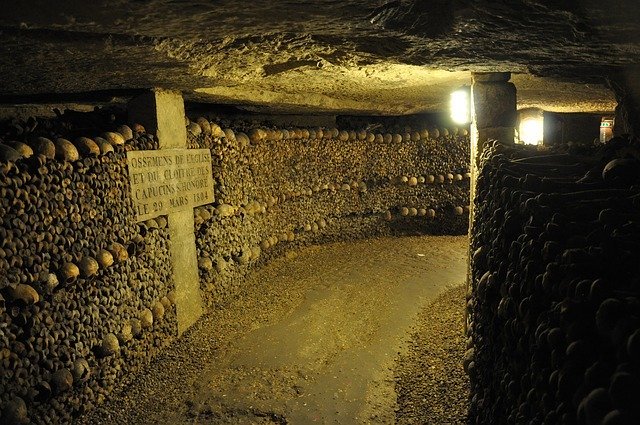 Paris’s underground catacombs span 200km and are filled with secrets. The catacombs contain the bones of over 6 million people, but the creepiest haunting stories have little to do with that. In the 1990s, catacomb explorers stumbled upon a video camera that still had footage on it. The footage shows a man who was clearly lost; then, he drops the camera. No one knows if this man came out alive, but this incident may have been the inspiration for the film, As Above, So Below. Another legend claims that the catacomb walls begin speaking to you if you’re there after midnight. Many tour companies will take you through the Paris Catacombs, so don’t try to navigate them on your own! 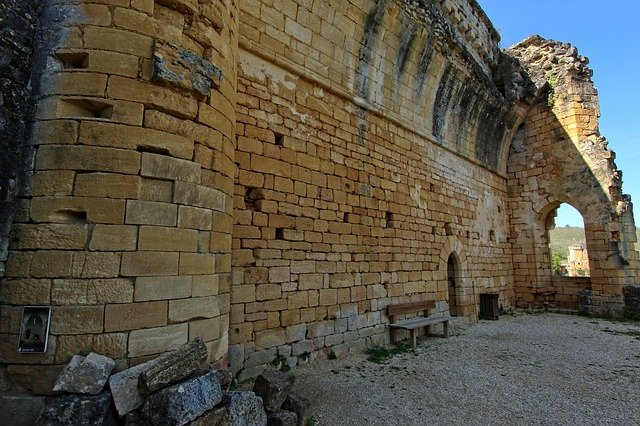 The Château de Commarque was used as a battleground during the Hundred Years’ War. During a particularly brutal battle, the Earl of Commarque’s daughter lost her lover to a beheading. This was considered a tragedy then, and it’s still considered that today. Legends claim that this man’s horse is still looking for him in the château today. 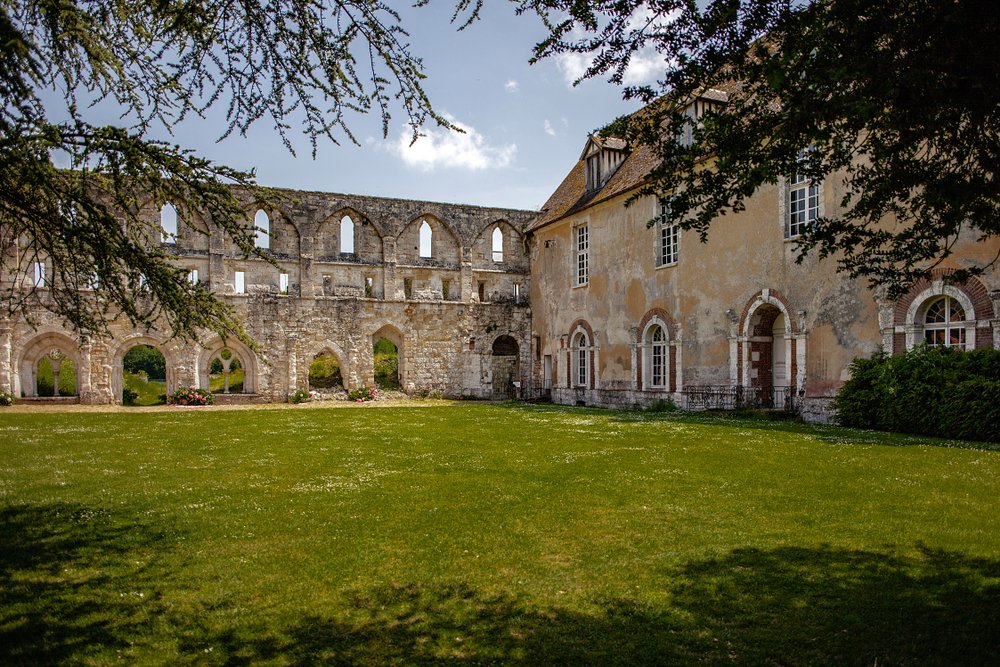 French investigators have actually tried to debunk the rumors about this religious site being haunted, but not all of the locals buying it. In 1921, an exorcism was performed on the building to remove ghosts, but evidence of the “White Lady” has been found as recently as in 1999. The former monastery’s own website also talks about the ghosts of four monks that were massacred during the French Revolution. Despite believers being told they’re wrong, the monastery stands with those who have seen ghosts on the property. 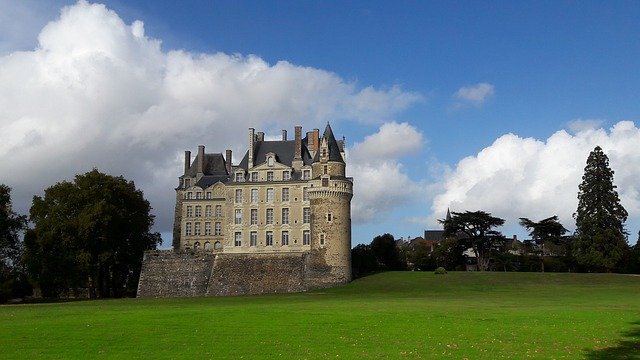 The highest castle in France is also the subject of a popular ghost story. Sometime during the 15th century, two people were murdered inside of the Château de Brissac. One of those people are said to be the “Green Lady,” a ghost who roams the castle’s halls. The Duke of Brissac and his family have grown used to the “Green Lady” residing in their home, but she’s apparently scared some guests. She can be found in the tower room wearing a green dress, and her moans can be heard throughout the castle. 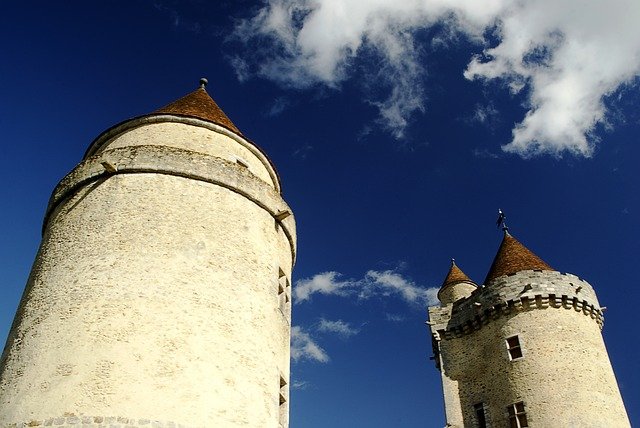 This 13th-century feudal castle has been owned by many families throughout the years, and has been undergoing much-needed restorations since 1992. All Saint’s Day, ghosts are said to roam the Château Blandy-les-Tours. Dozens of trapped spirits scream, cry, and otherwise haunt the building. Perhaps the scariest ghost in the château is a 10th-century lord who carries a dagger. The castle is open to visitors, but you may want to avoid visiting on Halloween! 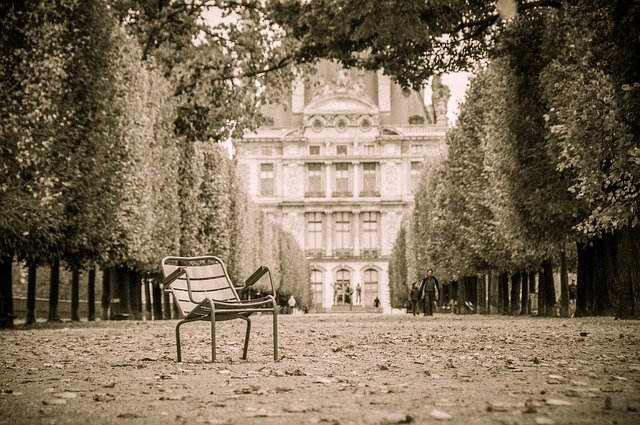 The Jardin des Tuileries is home to well-trimmed hedges, beautiful fountains, and marble statues. Since the garden is free to visit, it attracts plenty of tourists and local Parisians. Most people who visit the garden are blissfully unaware of the Red Man that haunts the premises.  Mary Antoinette is said to have seen this ghost before her beheading, and he was also seen before King Henry IV and Kind Louis XVI died. Napoleon is even said to have received military advice from the Red Man! While some people believe that the Red Man has been set free since the Tuileries Palace has been torn down, no one knows for sure.

Paris has something for everyone, including people hoping to visit haunted attractions. Even if you don’t plan on visiting Paris with those intentions, you’re likely to stumble upon an area that’s said to be inhabited by ghosts. Whether your tour of Paris’s haunted sites is self-guided or lead by a pro, you’ll get to see plenty of dozens of spooky places!