Have You Looked At Your Ex’s Online Dating Profile? 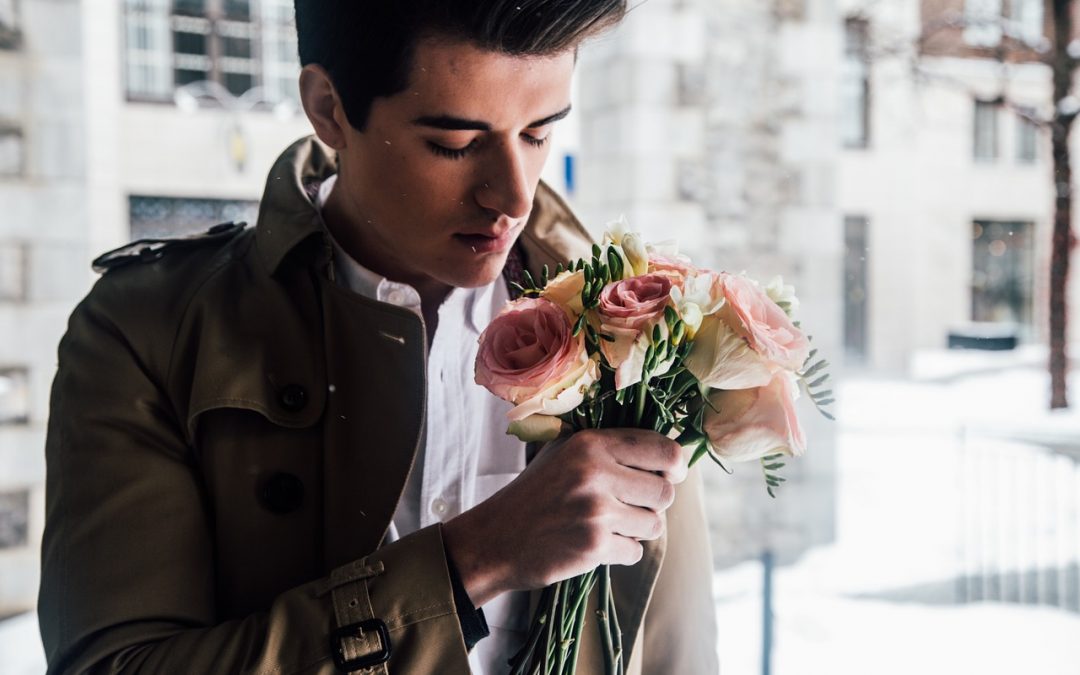 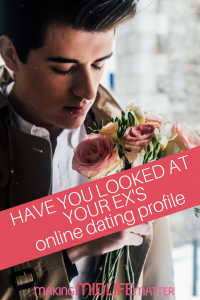 I JUST  TOOK A PEEK AT MY EX-BOYFRIEND’S ONLINE DATING PROFILE.

The first thing I noticed was that all of the flattering photos he’s posted of himself were taken by me.

In the photos, Mike looks like the man I saw him as —  clever and knowing and kind and entirely loveable.

Of course that’s before I found out about all the infidelity.

Not surprisingly, none of the photos I took of him reflect either his duplicity or his philandering. You wouldn’t look at his smiling face and think, “He’s smiling because he’s had a secret girlfriend for over a decade and the poor fool who took this picture has no idea.”

No, a prospective sweetie will see Mike through my eyes, before the wool was lifted from them.

The other thing I noticed was that in his lengthy description of himself, he left out all the bad stuff.  Like?  “I cheated for years on a woman who loved and trusted me.” Or “I’m clever and attentive and I’m great in bed. But I’m also a world class liar who will break your heart if you fall for me.”

But, reading Mike’s profile, the biggest revelation was that if I didn’t know who this man really was — I’d totally want to date him! The person he presents to the world  —  Artistic! Funny! Self-deprecating! Bookish! — is the person I thought he was. And I really loved that guy.

It does seem a little iffy that he’s using the photos I took of him to lure in prospective new partners. On the other hand, the photo I’ve posted on my own dating profile is of me holding Mike’s adorable baby grandson.

Is it fair to use a photo that includes a man’s adorable baby grandson to help you find his replacement?

Or is everything fair in love and war and online dating profiles?

What a different world this would be if your ex could edit your online profile! That would make for an interesting dating site, wouldn’t it? MisMatch.Com — where your ex gets to control the face you present to the world!

In addition to the photos of Mike’s vacationing in London or  relaxing with a book, his profile would also include at least one photo of his sneaking out of a hotel room after canoodling with his sidechick.

And in addition to his love of poetry and art, the list of his pastimes would be augmented with lying, cheating, and smoking too damn much.

If Mike does find a new sweetie partly because of the appealing photos I took of him, should I feel complicit in luring her into a relationship with an untrustworthy man?

But what about the fact that I discovered his cheating, tossed him out, then promptly posted a photo on Jdate of me holding his grandson to help me find his replacement?

How kosher is that?

Who can say? We all deserve happiness and, within reason, we can’t be faulted for doing what we can to get there.

But if Match.com ever comes up with an upgrade that enables your ex to edit your online profile?

I’ll be on it in a heartbeat.

This article first appeared on RosalindWarren.com. Mild-mannered librarian and humorist Roz Warren writes for the Funny Times, the New York Times, the Philadelphia Inquirer, the Christian Science Monitor, the Jewish Forward, Reader’s Digest and the Huffington Post, and has been featured on both the Today Show and Morning Edition. Roz is the curator of the Library Laughs Facebook page. She is also the editor of the ground-breaking Women’s Glib humor collections, including titles like Men Are From Detroit, Women Are From Paris and When Cats Talk Back. Our Bodies, Our Shelves

, which collects her most popular essays about library work, is her thirteenth humor book. Just Another Day At Your Local Public Library